Neuropathy was thought hardly ever to affect kids, teens, and people in their 20s and 30s. That’s because very few young people have the serious diseases, such as diabetes and cancer, that are the most common causes of neuropathy. 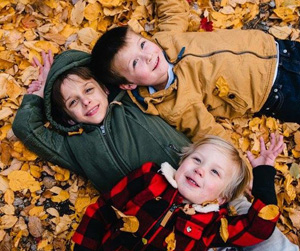 The most common cause of small-fiber polyneuropathy (SFPN) in kids, teens, and young adults seems to be autoimmunity. In autoimmune conditions, the body’s defense cells (white blood cells) wrongly decide that some of the body’s own cells are harmful, so they set out to attack and destroy them. Some well-known examples are rheumatoid arthritis and multiple sclerosis. Rogue immune cells sometimes attack peripheral nerve cells. The most common types of autoimmune nerve conditions are Guillain-Barré syndrome, chronic inflammatory demyelinating polyneuropathy, and multifocal motor neuropathy. Here, the cells under attack are the large myelinated nerve cells, so weakness is their major symptom.

What about the small-fiber nerve cells? They can be attacked in autoimmune diseases that affect other parts of the body (often in a condition known as Sjögren’s syndrome).

The Nerve Unit at MGH has proposed that much of the SFPN in kids and young people is caused by specific attacks targeting small-fiber nerve cells and nothing else (see Oaklander and Klein, 2013; Paticoff et al., 2007). This could cause symptoms of small-fiber polyneuropathy in people without any other evidence of medical causes for neuropathy. As of 2017, this is only a suggestion, not a proven fact. However, since there are treatments for other types of autoimmune neuropathies (see Oaklander et al., 2017), it’s worth discussing with your doctor whether or not there is any chance that this could be a factor in some people. 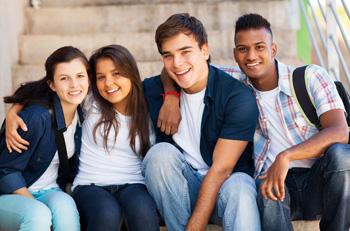 A rare cause of neuropathy is mistakes (mutations) in the genes that carry instructions for how nerve fibers are made. Some people with genetic neuropathies don’t notice symptoms until they are grown up, but the more severe types can cause symptoms in kids and teens. The best-known type is Charcot-Marie-Tooth or CMT. It is actually a family of different neuropathies caused by vairous gene errors.

The most common sign of CMT is gradual weakening and shrinking of muscles in the feet and lower legs. Some people with CMT need braces to walk. Later on, CMT can also affect the hands, making it hard for people to get dressed or brush their teeth. These symptoms are caused by damage to the “motor” type of nerve fibers that control the muscles. CMT can also damage the ability to feel things in the hands and feet. Sometimes, but not always, it can cause chronic pain.

The kind of gene mistakes that produce chronic pain as the major problem are those that cause parts of the pain nerve cells to work incorrectly and send pain signals too often or too strongly. This causes specific types of small-fiber polyneuropathy. Some people also have other problems as well. Mass General has a special clinic for kids and teens (parents and other family members are welcome as well). These Nerve|Gene appointments must be specially arranged in advance by calling 617-643-8277.